Singapore is studying emerging advanced low-carbon technologies such as Carbon Capture, Utilisation and Storage (CCUS) and low-carbon hydrogen as potential longer-term options to reduce Singapore’s carbon emissions. This includes the following studies which were concluded in June 2021:

These studies highlighted the pathways for low-carbon hydrogen and CCUS that could be relevant for Singapore, and the barriers to deployment that needed to be overcome. Both studies were able to garner valuable stakeholder feedback from the industry and research community.

We welcome further collaboration with stakeholders, and opportunities to pilot new technologies in sectors including maritime, aviation, mobility, industry and power sectors. Singapore will also seek to partner other countries to advance emerging low-carbon technological solutions. Such collaborations could include joint contributions to international regulations, standards and certification on these emerging technologies, and participation in joint RD&D and test-beds. To date, Singapore has signed a Memorandum of Understanding (MOU) with Australia on low-emissions technologies and an MOU with Chile on low-carbon hydrogen, and is actively in discussions with other like-minded countries.

As an alternative energy disadvantaged country, we expect these technologies to play important roles in our transition to a low-carbon future. They will help us in our effort to meet our commitments and ambitions in climate action, as set out in our enhanced 2030 Nationally Determined Contribution and Long-Term Low-Emissions Development Strategy, and the Singapore Green Plan 2030. 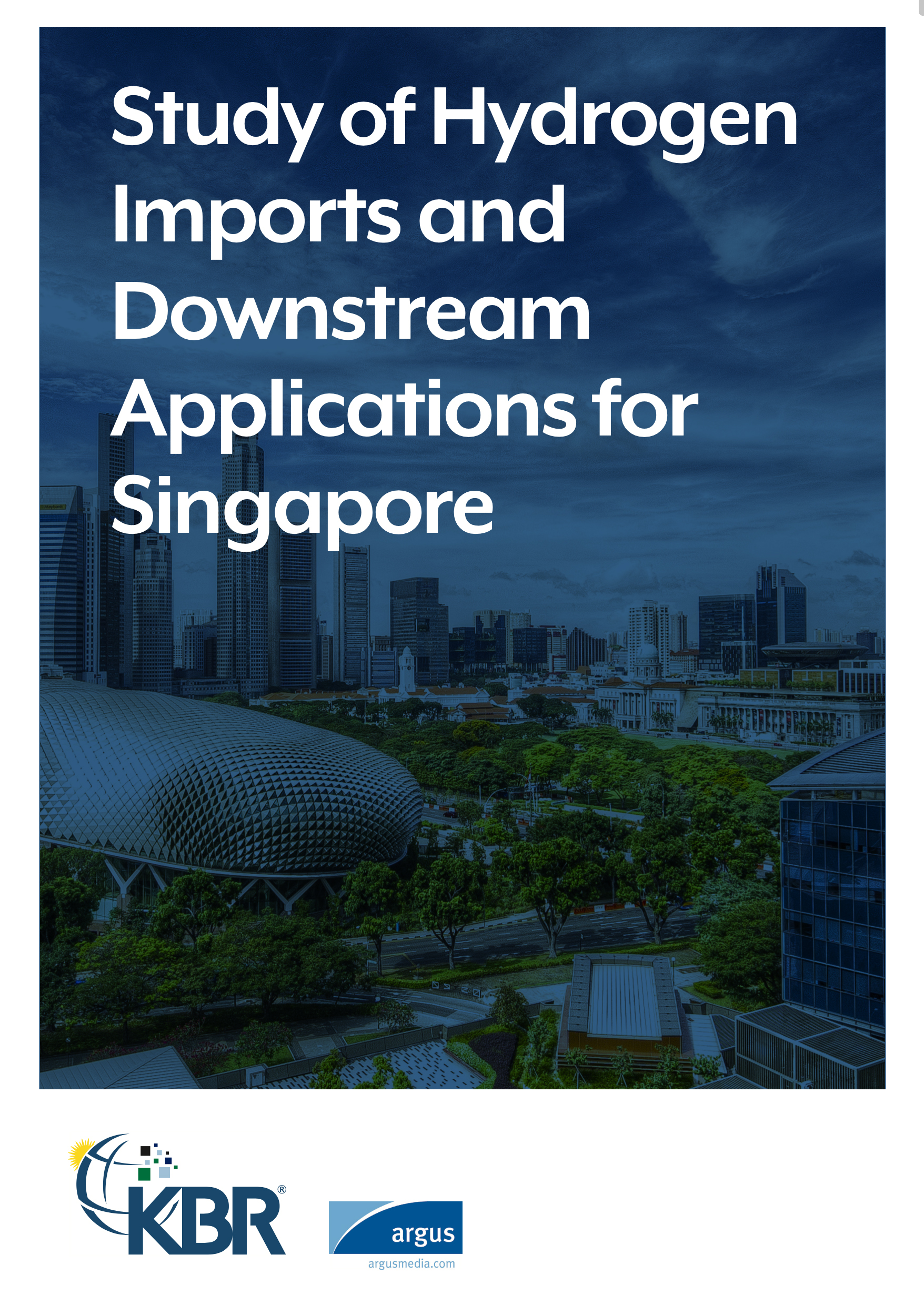 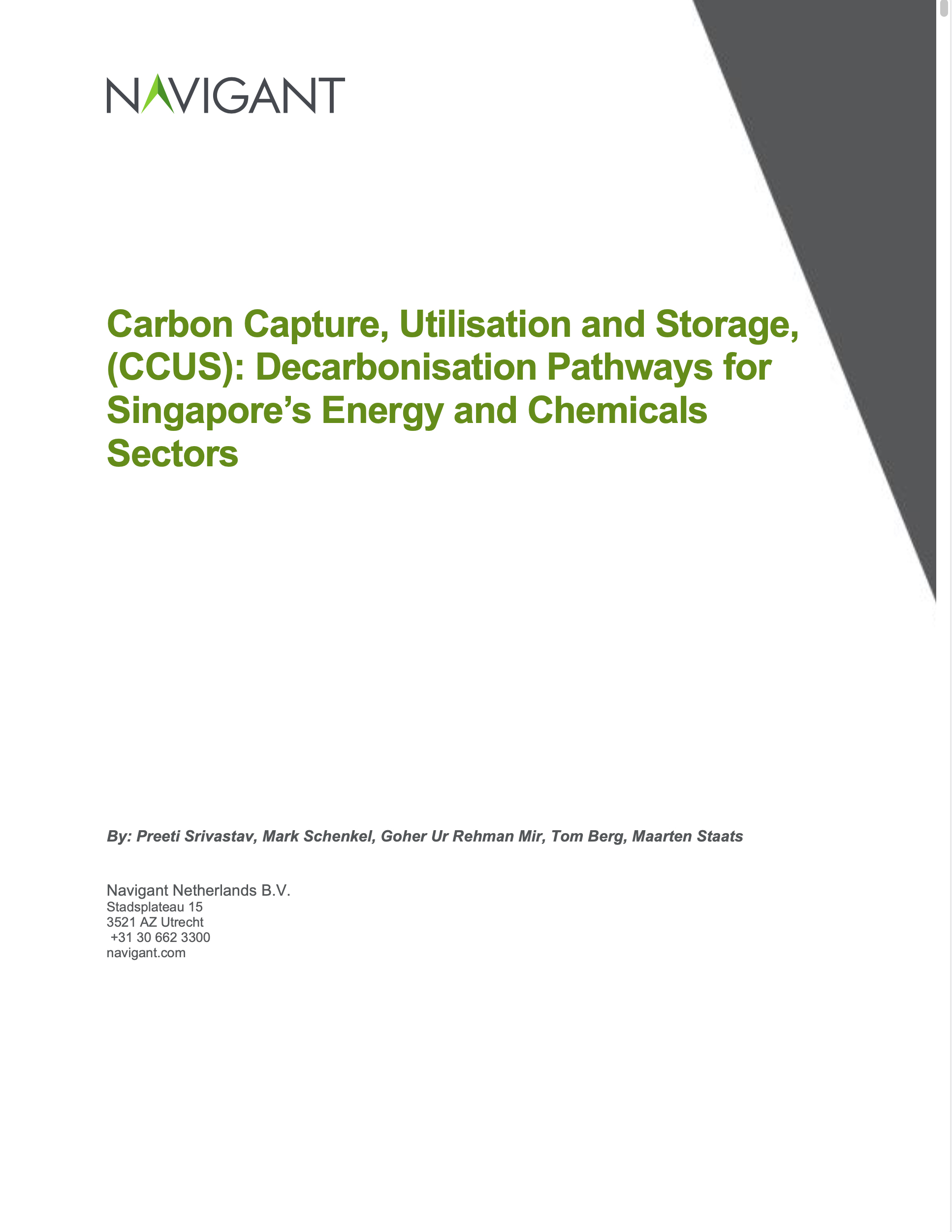 For the joint media release by NCCS, EDB, EMA, CAAS and MPA on both reports, click here.

CCUS has the potential to reduce emissions by capturing and converting Carbon Dioxide (CO2) from the emissions of power plants and industrial facilities into useful products (e.g. building materials, reclamation sand and synthetic fuels and chemicals). Captured CO2 can also be stored in natural sub-surface underground geological formations. This prevents CO2 from being emitted into the atmosphere.

Singapore is currently studying potential CCUS pathways to reduce Singapore’s carbon emissions. Carbon capture costs for low-concentration CO2 streams, such as the emissions from natural gas power plants, are high at the moment. In addition, the manufacture of fuel and chemicals from CO2 requires additional inputs of low-carbon hydrogen which is currently more energy-intensive and expensive than conventional processes.

Hydrogen is a versatile energy carrier and a commonly used industrial feedstock. It also has the potential to diversify our fuel mix across a number of applications, such as electricity generation and transport (e.g. in goods vehicles and ships). If produced from renewable energy sources, it has the potential to decarbonise power generation and emissions-heavy sectors.

However, there are challenges that need to be overcome before hydrogen can be more widely adopted in our economy. For instance, a global and diverse supply chain for low-carbon hydrogen has yet to be established. The cost of producing and importing low-carbon hydrogen is also high at the moment. In addition, extensive infrastructure (e.g. for hydrogen transportation, storage and utilisation) also needs to be in place to support a hydrogen economy.

In October 2020, the government announced a $49 million fund to support Low-Carbon Energy Research over the next five years. It will support research, development and demonstration projects in low-carbon energy technologies such as CCUS and hydrogen. These efforts aim to accelerate the technical and economic viability of such emerging technologies to reduce Singapore’s carbon emissions, particularly for emissions intensive sectors such as the power and industrial sectors.

Research projects could include technologies that enable the effective capture of CO2 from low-concentration emission sources in the industrial and power sectors, and to convert the CO2 into useful products such as building materials, reclamation sand and synthetic fuels. Test-beds for emerging technologies, such as the blending of low-carbon hydrogen with natural gas in combined cycle gas turbines will also reduce carbon emissions from electricity generation. These test-beds could yield insights in applying low carbon technologies in Singapore’s context, and facilitate future deployment.

This funding initiative is a multi-agency effort. It is jointly fronted by the Agency for Science, Technology and Research (A*STAR), Economic Development Board (EDB), Energy Market Authority (EMA), National Climate Change Secretariat and the National Research Foundation.

It will be co-driven by EDB and EMA to ensure projects are relevant to the industrial and power sectors, with A*STAR as the implementing agency on behalf of the government.